The fabric industry leaves behind great amounts of unwanted and harmful by-products in its efforts as mass production. One study claimed clothing was responsible for up to 6.7% of all human-caused carbon emissions. Environmentally friendly fabrics offer ecologically sound alternatives to fossil fuel-based synthetics and other harmful, wasteful, and ultimately even toxic fabrics.

Five of the best fabrics for the environment are widely available but may come at a bit of an added cost. They produce close-to-zero poisonous by-products. They’re also durable, long-lasting, and offer a wide range of uses. These five are:

These are among the best fabrics for the environment. A look into their backgrounds and good qualities may persuade you to spend a bit more on them instead and/or seek out eco-friendly alternatives like recyclable and recycled fibers.

Organic hemp fibers are produced from the stems of the cannabis plant. This material may be both the past and future of the fabric industry. Due to its association with the narcotic from the same plant, it’s been through some unnecessarily strict regulations, when in fact it’s a strong and highly durable fabric that dates back some 10,000 years.

It’s capable of being used in many shapes and forms, it’s durable, and the cost of production can be comparably low. Hemp is used in the apparel industry in items such as shirts, underwear, and socks. It also makes very sturdy rope, such as that used on boats and ships. According to the BBC, carbon-enhanced hemp can even be used as a supercapacitor, a device that stores energy. 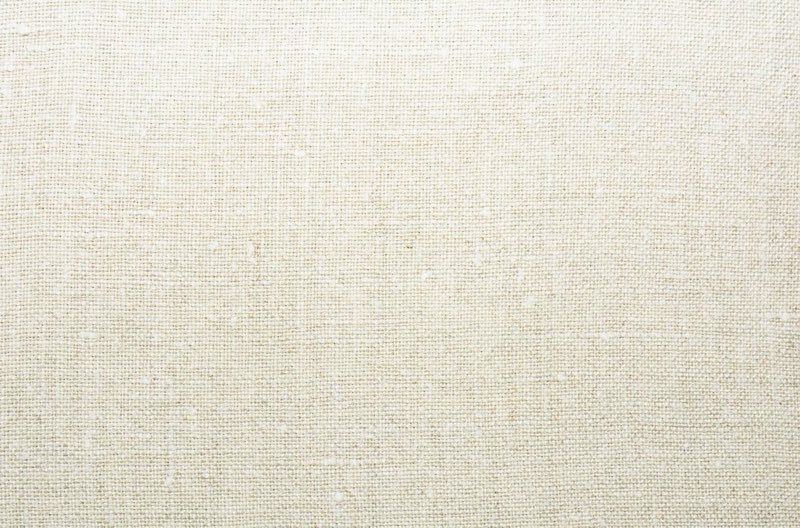 Cannabis plants are organically cultivated in humid conditions. After being harvested, the stems are left to rest for up to 6 weeks. After drying, they’re made into bales, similar to hay. To become fabric for weaving, the stems are processed through steam explosion, which uses water with no dangerous chemicals.

A study from Ecological Economics shows that hemp uses less land in the production of its fibers than does conventional cotton, And it releases fewer toxic substances, leaving the soil and water around the crops healthier.

Hemp fabrics may not be new, but they still suffer from their association with the cannabis plant’s drug. In the same way, you can’t eat most leaves, but you can eat the fruit on the same tree, hemp is simply a separate part of the same species.

In an example of its amazingly wide potential uses, an engineering project in Croatia seeks to create boats fully out of hemp. Scientists in Zagreb believe that hemp can serve as a construction material.

The goal of organic production is to create an environmentally friendly fabric that’s as durable as conventional cotton. Since it’s one of the most widely grown crops in the world, growing conventional cotton is connected to heavy environmental pollution. Many chemicals used in these processes have negative effects on the air, soil, water, and the health of farmers and workers in the cotton industry. 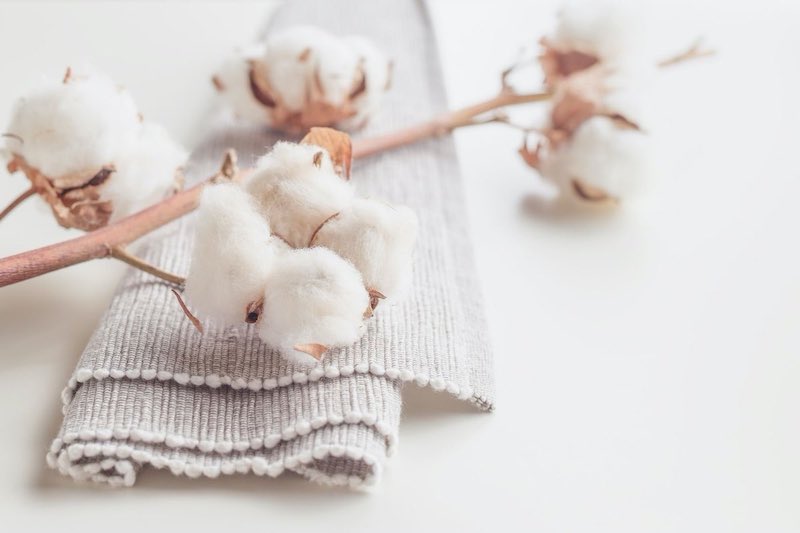 In contrast, organic production systems restore and maintain soil fertility, cut the use of toxic pesticides and fertilizers, and build biologically diverse agriculture. A study carried out by Iowa State University showed that organic cotton farmers don’t use GMO seeds and report as much as 40% increased biodiversity on their farms while transitioning from conventional to organic farming.

Cotton is an incredibly versatile and important fiber, used for a variety of fiber and food products, making it one of the most widely traded materials on our planet. It’s a soft and breathable material. Owing to its unique fiber structure, it can absorb up to 2.7 times its weight in water. Cotton is also a good fabric to wear in humid areas because it allows the skin to breathe and helps remove body moisture.

While many synthetic fabrics, such as polyester, are now common in “moisture-wicking” apparel, such fabrics can contain materials derived from fossil fuels and, unless they’re made from recycled and recyclable fibers, can wind up in landfills where they leach into the soil and water. Organic cotton may take a bit longer to dry out, but it will last longer, won’t hold smells, and it’s generally more environmentally friendly.

Linen is a highly biodegradable and reusable material often used in the cloth industry. It’s made from the flax plant, also known as linseed. The plant is cultivated from non-GMO seeds, and it’s known for its low water usage.

A study shows that linen in fact dates back to 8,000 B.C. In ancient Egypt, it was used as a currency, and even as battle armor.

This fabric is known for its ability to absorb moisture, making it ideal in hot and humid areas. This material gets stronger the more times it’s been washed, meaning it doesn’t lose quality or durability over time. 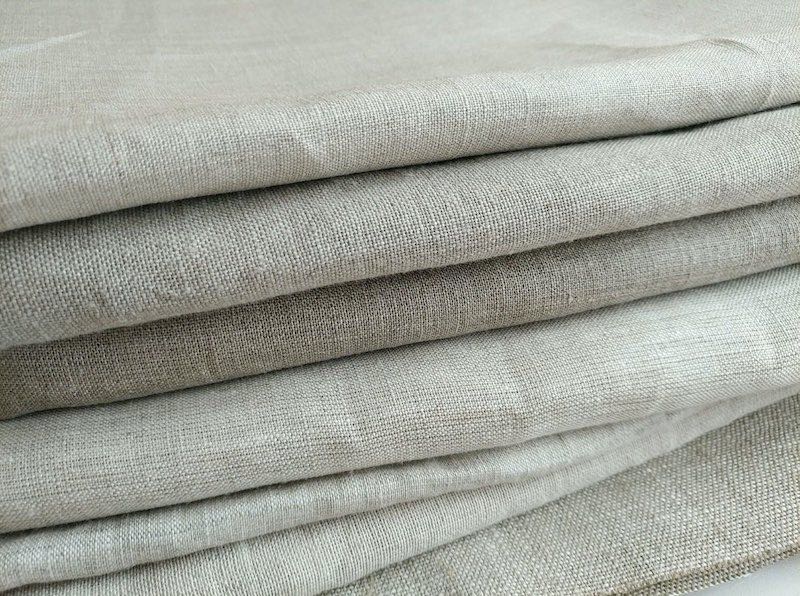 The downside is its low elasticity – the fabric is prone to tearing if it’s always folded on the same crease. It does also wrinkly very easily. Thus the classic rumpled linen shirt look.

Linen is often dyed with natural colors, varying from ivory-white to gray. Usage of allergenic dyes is not allowed in organic production.

Production of linen goes through a network connecting 14 different countries, consisting of farmers, growers, traders, etc. According to the European Confederation of Linen and Hemp, 650,000 million m3 of water would be saved if conventional cotton crops were replaced by linen crops.

Lyocell is a type of rayon, from all-natural sources. It was first developed at the American Enka fibers faculty in 1972, and placed on the market under the name Tencel. Lyocell is used in many forms. It’s mostly used to make things like bed linens, shirts, and towels.

The material used for lyocell fabrics is cellulose from wood pulps. It’s mostly obtained from eucalyptus, oak, and birch trees. Trees don’t need pesticides or irrigation systems to grow, so the pollution is almost non-existent. The term regenerated fiber is often used with this material due to the process of cellulose being broken down to a sludge mixture. Then, it’s pumped and spun into fibers for weaving. 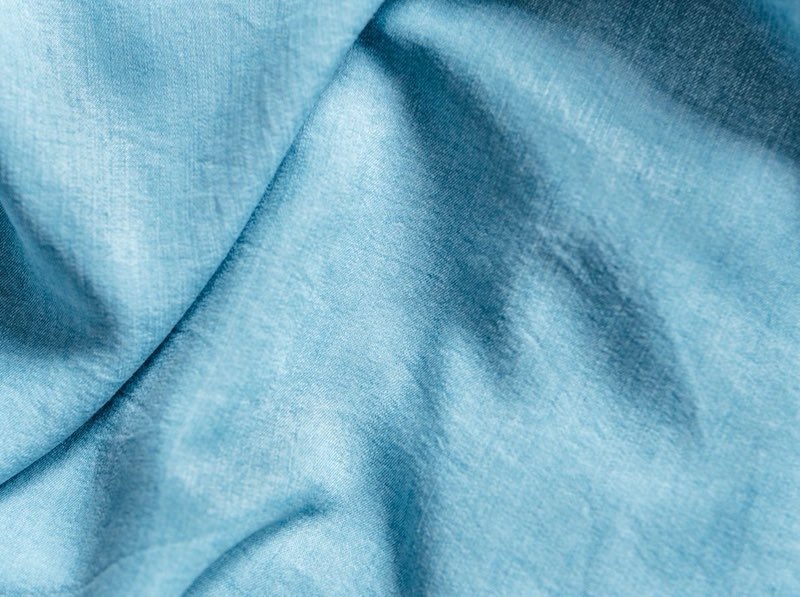 Lyocell production produces few to no harmful byproducts, and the fabric itself is very biodegradable. It also uses only half as much water as cotton in its production. A study in Journal of Bioresources and Bioproducts called lyocell “the green and eco-friendly fiber.”

The downside is that this fabric is somewhat expensive due to its delicate production process.

While bamboo is famous for its use as a powerful construction material, it can also be used to make eco-friendly fabric. Bamboo’s ability to copy other materials and their properties is very useful. It can be as breathable as cotton, smooth as silk, or comfortable as wool.

It’s a natural fabric made in a similar way as lyocell. Crushing the bamboo pulp and soft insides creates a mixture that’s left to soak. The fibers are then spun into a yarn.

This process requires no chemical additives and the entire process is completely natural. Such fabric has been used for centuries in China, and these days it’s undergoing increasingly widespread production. 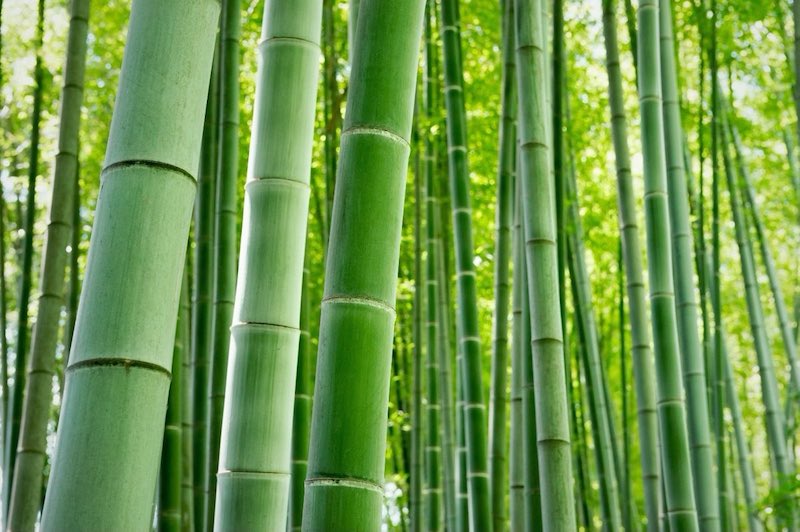 Bamboo viscose, namely rayon, is often created from this fabric. Rayon is a semi-artificial fabric made of bamboo fibers mixed with organic cotton, linen, etc. Even though it’s cheap, rayon has a more negative impact on the environment. According to the CDC, carbon disulfide used in the process of creating rayon can damage soil and water, and even cause human health issues.

Mechanically produced bamboo fabric, however, is organic and not harmful to the environment. It makes durable and soft fabric, suitable for sensitive skin. The downside is the production of fabric takes a long time. This, in turn, makes it more expensive.

The textile and apparel industries play a major role in soil, air, and water pollution, and a need for newer and better fabrics has emerged.

Hemp, linen, organic cotton, lyocell, and bamboo are the types of fabrics people should look took for the sustainability of our natural resources. They share organic production means without unnatural chemicals, and the growth of their source plants can even benefit the water and soil.

The downside, for now, in many cases, is the price. It’s similar to the case with organic foods. The cost of producing in smaller batches, not at mass scale, and not benefiting from mass production and environmentally harmful supply chains raises the cost, which is reflected in the price.

Wider use and wider demand should encourage new technologies and bring prices down. A shift in thinking to longer use and sustainability rather than short-use and immediate gratification would also help.